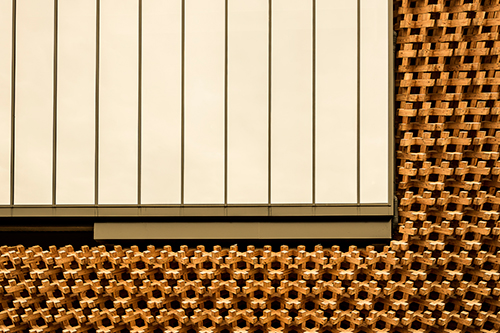 He was born in Udine in 1969 where he still resides. Although he has just started to photograph (March 2011), in his capacity as a freelance photographer, he has published a lot of photos and projects (architecture, portraits, landscapes, events and street).

He has been written and published his work in magazines of photography, some of the best known Italian critics and many are his participations in international group exhibitions (London, Rome, Paris, New York, Moscow, Los Angeles, Miami Art Basel) with great photographers from all over the world. He has won major awards in Italy and in the World and abroad and his photographs are in private collections and foundations. He received 4 Honorable Mention IPA 2013, 1 Honorable Mention Architecture IPA 2014, 2nd place Portraits Children PX3 2014, 3rd place Architecture to PX3 2014, 3rd place Architecture at MIFA 2014.

In 2015 his picture "Industrial Geometries" has received international recognition being published in more than 5,000 articles on Magazine worldwide. The World Photographic Organization awarded him the title of Best Italian Photographer in 2015 awarding it the title of "National - Italy Award" at the Sony World Photography Award 2015. In the same year, he received other major awards, Honorable Mention in Fine-Art Architecture Professional to PX3 2015, a 2nd and a 3rd place in Fine-Art Architecture Professional to PX3 2015 People Choice, 1st in Industrial Architecture to IPA 2015.

He has exhibited from 25 July to 10 September 2013 of three of my photos in a group show in New York “The Story of Creative” at Orange Foundation Gallery.

At July 2014 screening at Time Square NY on big wall of three his photos.

In 2014 he realized photo-shoot for cookbook Alpe Adria financed by the European Community.

During 2015 he presented his first solo exhibition titled "Anime Post-Moderne" at two locations in Italy, one in July and another in September.

He continues to work as responsabile for the course planning and management at Civiform soc.coop.soc. (vocational secondary school) where in 2015 he began to teach photography to students and where even care as the official photographer for publications and events. From November 2015 he started doing freelance photographer.

He was contacted by agencies and galleries but rather maintain freedom of expression for the moment and do not have to accept assignments only on the needs of others, but because he believes in the project.

The award received the Sony Award in 2015 changed his life and beyond the great visibility obtained allowed him to learn about a new world, allowed him to create solid relations of friendship and professional collaboration that otherwise would not have been able to obtain.

His field of action is architectural photography, but the passion for photography led him to also experience in other areas, he continued to study photography, to search for new communication styles and develop his style. Finally here he is at the Blind Pilots Project for a new adventure!